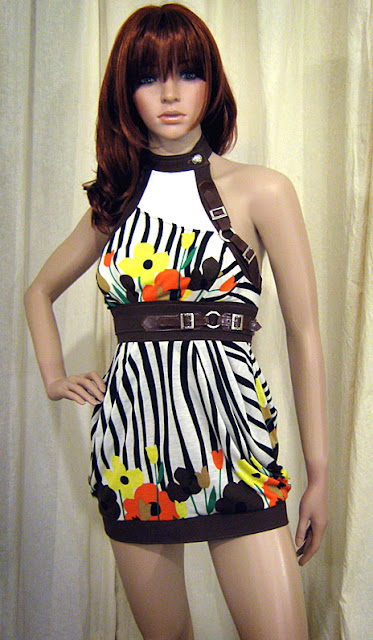 I hesitate to say, "Romper Room," because in the service industry, that is the term used when there are too many families with children in the restaurant.  So I'm just going to bundle any juvenile educational programming inspirations into "Children's Television Workshop." 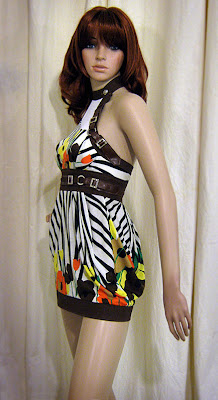 I wanted to make a dress quick quick quick.  I have a record of making a lot of separate pieces.  Even the gown that I did most recently was a two-piece, and wanted to challenge myself to do something speedy and easily constructed without being too simple-looking or boring. 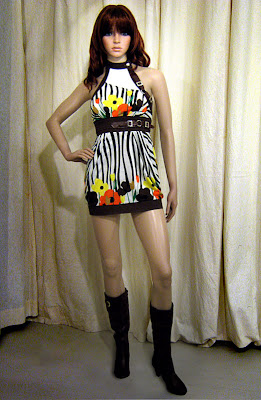 So sleeves and pants were out, and a halter neckline and a skirt was in.   I can't say that this romper dress is Simple.  I can't just put out a potato sack with a belt!  But the whole thing, including designing, drafting, and mocking, took less than 12 hours, which is really fast even considering I also re-drafted and mocked the skirt after a first failed attempt. 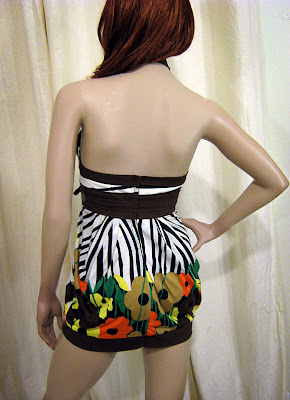 I have learned in the past that adding too many extras, like pockets and buttons, to a garment made with fabric that has a busy print on it, the details disappear, so I found a way to make this busy print work for me rather than against me.  See how the pleating has made the stripes look like they are changing direction?  That's because I used my new fascination with drafted pleating to give the printed pattern a new dynamic without having to cut and sew on a new piece of fabric. 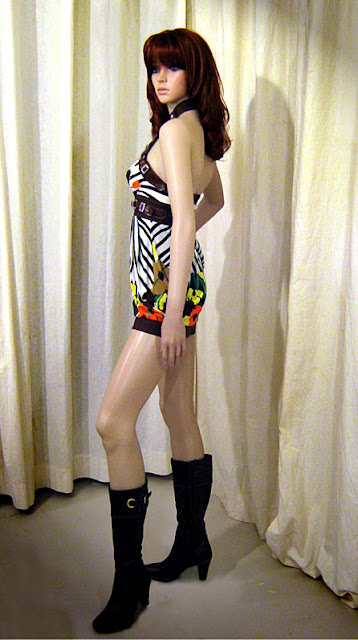