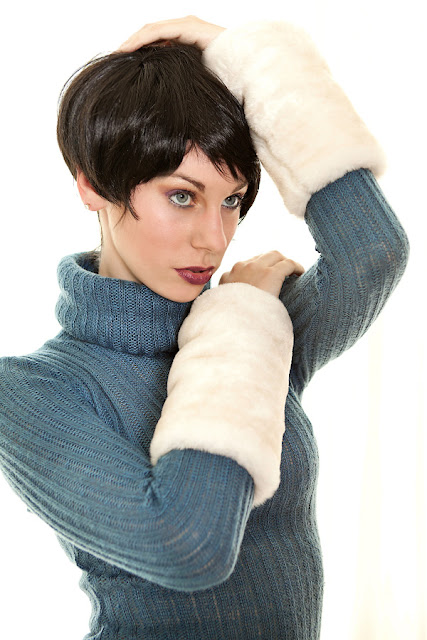 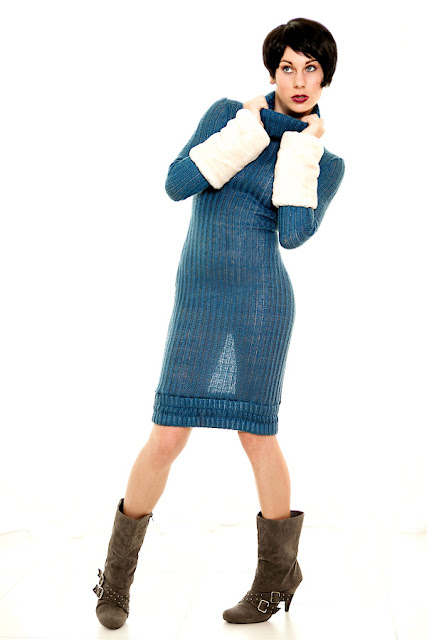 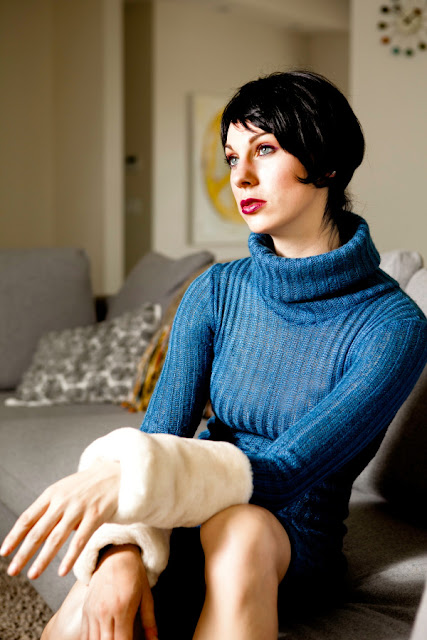 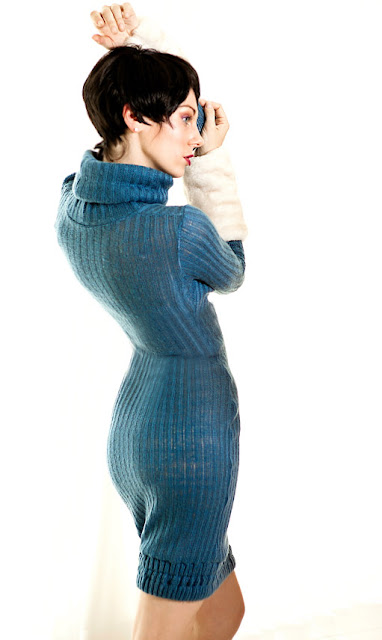 This marks the beginning of the new items I created for a "less obvious" Flashback TV inspirations.  The references are still there, but with this new season, I want to create less "costumes" and more garments that are wearable with just hints of their television counterparts.
Molly, with her dark hair and blue eyes, makes a great Diana Prince.  I originally envisioned this dress to have a long, white underskirt, wearable perhaps for a holiday party, but there was something just "wrong" with the formal skirt with such a casual top, and I almost scrapped it for the shoot, but Molly insisted that it was good just as a sweater dress, and I think she was right!  Although there is a bit of scandal when backlit (yes, it could have used a slip), this just goes to show me that what looks dull on a dressform may look great on a real person.